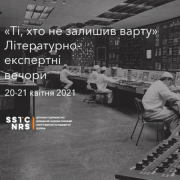 The State Scientific and Technical Center for Nuclear and Radiation Safety joins the 35th anniversary of the Chernobyl accident to hold literary and expert evenings “Those who did not leave the duty” on April 20-21. Their guests will be scientists, engineers, doctors — people who have dedicated a good part of their lives to the Chernobyl issue and the aftermath of the tragedy that occurred on April 26, 1986.

Without artistic conjecture and romanticism, the organizers will open the curtain of history, look at events from the construction of nuclear power plants to the present. They will talk about why the RBMK-type reactor was chosen and how the power plant was built, about the nuclear and radiation safety of the Soviet era, about the causes of the accident and about those who were blamed for the catastrophe.

“Today, at a time of information overload, we have to separate the truth from speculation and rumors, and therefore the format of literary-expert evenings is a tool for revealing the truth – only real participants in events and facts,” said the press service of the SSTC NRS.

Therefore, on April 20 and 21, subscribe to online broadcasts on the YouTube channel of the SSTC NRC. Start on April 20 at 17:00.

IRS with iridium-192 was stolen in Mexico 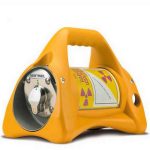 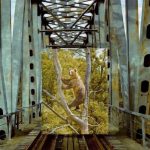 The art project will show the Exclusion Zone as “Noah’s ArkR...
Scroll to top