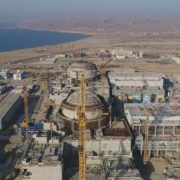 Cold functional tests were completed on April 20 at unit 3 of the Karachi nuclear power plant in Sindh province, Pakistan. China National Nuclear Corporation (CNNC) which had built the unit has announced it. Completion of the cold testing of Karachi 3 was overseen by the Pakistan Nuclear Regulatory Authority and the Pakistan Atomic Energy Commission (PAEC).

According to CNNC, the successful completion of the cold testing means that the main work of the nuclear island installation project of the unit has been completed and the unit has entered the system commissioning stage, CNNC said. Cold testing will be followed by thermal testing, then first fuel loading and finally grid-connected power generation.

Karachi 2 and 3 are being constructed under a contract worth about USD9 billion signed between China National Nuclear Corporation and the PAEC in 2013. Construction of unit 2 began in 2015 and unit 3 in 2016. Installation of the reactor internals of Karachi 2 was completed in January 2019, while installation of unit 3’s was completed in April last year. Units 2 and 3 at the site are China’s first exports of the Hualong One reactor design. Following a series of commissioning tests, the unit 2 was connected to the grid on 18 March. 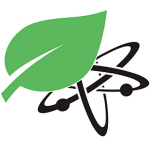 Ukrainian Nuclear Society will hold a panel “35 years after the Chornobyl...
Scroll to top