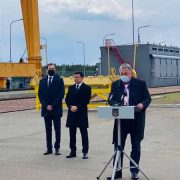 ChNPP received a license for the right to carry out activities at the stage of the life cycle “operation of a nuclear installation — dry storage of spent nuclear fuel (SNFSF-2)”. The document was handed over by Grygoriy Plachkov, Chief State Inspector for Nuclear and Radiation Safety and Chairman of the State Nuclear Regulation Inspectorate of Ukraine to acting Director General of SSE “Chornobyl NPP” Valery Seida during the official events to honour the 35th anniversary of the Chornobyl disaster. The liquidators of the accident and the victims were honored in the Exclusion Zone with the participation of President of Ukraine Volodymyr Zelensky, Prime Minister of Ukraine Denys Shmygal, Minister of Environment and Natural Resources Roman Abramovsky and Chairman of the State Agency of Ukraine for Exclusion Zone Sergiy Kostiuk.

We will remind, the report on the analysis of safety of SNFSF-2 was approved by Board of SNRIU on April 22. The decision to issue the Chornobyl NPP license № EO 001091 for the right to carry out activities at the life cycle stage of operation of a nuclear installation — storage of the dry spent nuclear fuel (SNFSF-2) was adopted by the SNRIU order 8248 of 23 April 2021

According to the SNRIU.

Ukrainian Nuclear Society will hold a panel “35 years after the Chornobyl... 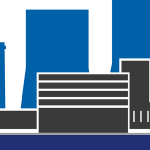 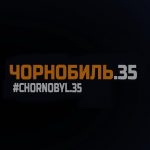 The commemorative art event Chornobyl.35 was held in Pripyat
Scroll to top