Fukushima Daini is a part of Tokyo Electric Power Company (Tepco) and contains four units with boiling water reactors. The units entered commercial operation between 1982 and 1987. Although they experienced an emergency, the units were not damaged by the March 2011 earthquake and tsunami that caused the nuclear accident at the neighbouring Fukushima Daiichi plant. The four reactors have since been maintained in cold shutdown. The company announced in 2018 that it was considering decommissioning the plant in conjunction with Fukushima Daiichi. In 2019, Tepco announced its official decision to decommission the units.

According to the company’s plan for decommissioning Fukushima Daini submitted to the Nuclear Regulation Authority (NRA) in May 2020, the process is expected to take 44 years. The 10,000 fuel assemblies held in the units’ storage pools will be removed over a 22-year period and will be reprocessed. Tepco plans to construct an on-site dry cask storage facility “to systematically progress fuel removal from the spent fuel pool”.

About 50,000 tonnes of radioactive waste will be generated from the plant’s decommissioning. The total cost of decommissioning Fukushima Daini, excluding the cost of nuclear fuel disposal, is estimated at more than USD2.5 billion.

“When implementing the decommissioning of the Fukushima Daini nuclear power station, we will give top priority to ensuring safety and will work to ensure the peace of mind of the local people,” said Tepco in response to the NRA’s approval of its plan today,

Decision to decommission the Daini plant along with the Daiichi plant means that all ten of its reactors in Fukushima prefecture will be scrapped. 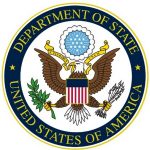 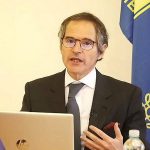