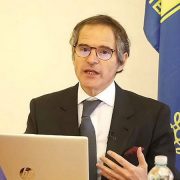 Director General of the International Atomic Energy Agency Rafael Mariano Grossi delivered a lecture for students of the Faculty of Thermal Power Engineering of Igor Sikorsky Kyiv Polytechnic Institute, who study master’s programmes “Nuclear Power Plants” and “Security and Accounting and Control of Nuclear Materials”. The lecture took place on April 26 and was held as a video conference.

At the beginning, Rafael Mariano Grossi said that he would not talk about the technical or scientific aspects of the Chornobyl disaster, but rather about its significance and lessons for humanity. He also said that strengthening critical nuclear safety issues is a task of international cooperation, which should ensure that such catastrophes are prevented today and in the future.

During the visit, Rafael Grossi and the Rector of the University Mykhailo Zgurovsky, Academician of the National Academy of Sciences of Ukraine, together with representatives of several energy faculties laid flowers at the monument to the liquidator of the Chornobyl accident, Hero of Ukraine, KPI graduate Oleksandr Lelechenko.

During the meeting, the university leadership addressed the head of the IAEA with a proposal to open on the basis of Igor Sikorsky KPI master’s programme to educate specialists in the decommissioning of nuclear power plants. The urgency of this need is dictated by the fact that in Ukraine the number of power units that have exhausted their operation term is growing and they have to be safely shut down in the near future, and no Ukrainian university is training specialists in this field of nuclear energy.

According to the newspaper “Kyiv Polytechnic”. 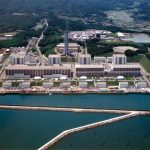 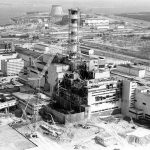 Most Ukrainians know the year of the Chornobyl accident. Precise date — more...
Scroll to top