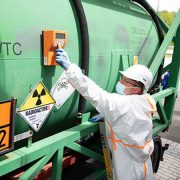 Uranium production in Germany is history. Messages with such headlines flooded online publications not only in Europe but also in the world yesterday. Officially, on June 1, 2021, the country completed its 30-year programme to curtail uranium production.

Scheduled uranium mining in Germany was completed in 1990, but the Euratom and IAEA-controlled coagulation process is still ongoing.

The last batch, which contains 19.5 tons of a mixture of water and uranium oxide, left the territory of Wismut GmbH in Koenigstein yesterday. The territory of Wismut GmbH in south-eastern Saxony. Photo: www.t-online.de

Until 1990, Germany was the world’s fourth largest producer of uranium. Since 1946, about 216,350 tons have been exported to the USSR alone. He used the radioactive element in his nuclear programme.

Since 1991, Wismut GmbH has been involved in the rehabilitation of the affected area and the conservation of facilities. The federal government has allocated about 6.8 billion euros for this purpose. 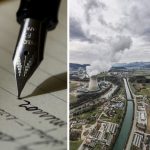