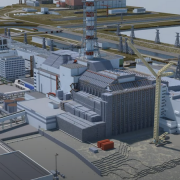 Vadym Kravchenko from Kryvy Rig, a fifth-year student of Dnipro National University of Rail Transport, created the most historically precise model of the Chornobyl NPP and Prypyat City in Minecraft. Eight years ago he started the implementation of this project being impressed by the stories of the study group leader and his parents.

The originality of the idea lies in fact that this model includes everything: Prypyat City, Yaniv railway station, nuclear power plant and near-site area and Stage III. Currently, the following is ready: Prypyat City, warehouses of the Employee Provisioning Department and Yaniv railway station, the oil handling terminal, vehicle fleet, landscape of waste treatment plant, territory on the north from the site which is back of the northern rail, northern side and partly southern side of the site are in the process of development. Plant open switchgear, nuclear island Stage III, cooling pond and Semikhody Bridge are in the process of development. “The historic reenactment is the main concept of the project. No fiction – only the truth. There are plenty of similar models but, from the point of view of GOST and regulatory documentation, no one has approached the plant construction in such a way”, – says the author.

Photos and videos from the Internet, including SSE ChNPP official website, as well as specialized literature, satellite images and plans of buildings were taken as a sources for the models. According to Vadym, it was quite easy to model Prypyat City, since it consists of typical many-storeyed apartment buildings. It is much more difficult to work with the plant site: although it is not very difficult to model the facilities themselves but there is limited information about them in the Internet. “The goal is to model the main control room: MCR-1, MCR-2, MCR-3 and, if possible, MCR-4 but to make the models historically accurate, – says Vadym. – For any person to “enter” the main control room and get an idea of what equipment was there and what experts must be there to control it. My objective is to make possible for any person to join the game, move to the plant and get a complete picture of plant life and life in 10-km zone in 1990…”. There are other motivating factors to create such a large-scale virtual model:

“Also, the aim was to show that, unfortunately, people involved in the accident will leave us soon, and this priceless history will leave us as well. I would like to preserve this history at least interactively for the people to get an impression. Life will end, but this history shall live forever”.

Scientists have developed a sensor capable of resisting strong radiation 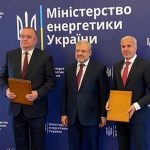