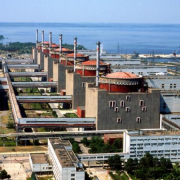 The project team of the U.S. Department of Energy (DOE), Argonne National Laboratory and Ukrainian company NT-Engineering assessed the reactor’s system configurations and maintenance routines to identify which services could be safely performed during operation instead of waiting until the reactor was shut down for refueling.

By optimizing Ukrainian reactor operations and maintenance procedures, the country could significantly increase the number of days the reactors are online producing power.

Within the project Ukrainian officials and its regulators were trained on the new risk-informed management approach and how this process could be replicated at other NPPs across the country.

“If this process is replicated at Ukraine’s 12 other VVER 1000 reactors, as Ukraine is now planning to, it will increase the overall power output of Ukraine’s reactor fleet by the equivalent of one new VVER 1000 reactor,” said Igor V. Bodnar, the project manager at Argonne National Laboratory.

The United States has been utilizing this and other optimization approaches for decades to operate its reactors more than 92% of the time during the year. By transferring this knowledge to Ukraine, the country could potentially boost their annual nuclear power production by 10%.

Ukrainian SNRIU approved the new maintenance routine at Zaporizhzhya Unit 2 on an exception basis and allowed Energoatom to perform experimental application with recommendation to adapt project results to other VVER-1000 units.

The project was funded by foreign assistance funds provided by the U.S. State Department and led by DOE’s Office of International Nuclear Energy Policy and Cooperation.

Exposure and Radiation Protection of Uranium Mine Personnel 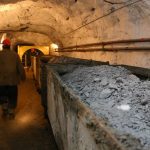 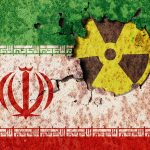