The cannon from the Polytechnic Museum is still radioactive

Radioactive devices from the anti-aircraft gun at the open-air Polytechnic Museum at the Kyiv Polytechnic Institute have not yet been removed. This is evidenced by the Head of the Radiation Safety Department of Izotop State Enterprise and KPI lecturer Sergiy Dubchak. Dubchak conducted his own radiation inspection of gun devices, which he wrote about on his Facebook page:

“EDR [equivalent dose rate — ed.] Gamma radiation on the surface of the two examined devices of the gun is 3.0 and 5.0 μSv / h, respectively, and the flux density of beta particles reaches 200 particles / cm2 * min (difference of measurements 507-302 in two photos, where the device works in “beta” mode). For comparison, the background values ​​of the gamma radiation DER on the territory of the museum are 0.12-0.15 μSv/h ”.

Radium-226 is used in the devices to illuminate the arrows, from which radon-222 gas is formed due to decay. As some devices are damaged, according to Dubchak, this is already an unsealed  source of ionizing radiation and it is possible that other parts of the gun are also contaminated.

The information about the high radiation background of the exhibit first appeared from an amateur video in late December 2020. Then the dose rate values ​​on the dosimeter showed 700–800 μR / h (7-8 μSv / h), which significantly exceeds the background levels. According to a survey conducted by specialists of the Emergency Preparedness and Radiation Monitoring Department of the State Scientific and Technical Center for Nuclear and Radiation Safety, the SNRIU has prepared an order to remove identified sources of ionizing radiation and protect citizens from potential danger by January 4, 2021. However, radioactive devices still remain in place.

For stalkering — to jail. Parliament tightens sanctions for infiltration of... 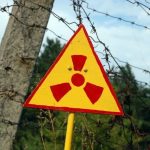 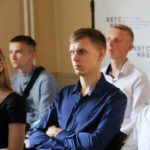