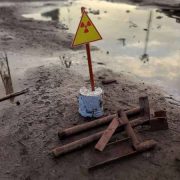 A radioactive cargo was found in the car that arrived at the Kherson sea trade port on July 5. The radiation background, 4 times higher than the natural one, was given by 4 metal tubes, which were contained among 40 tons of scrap.

“The rest of the cargo is clean. In parallel, the measurements were carried out by the regional environmental inspection and a special unit of the State Emergency Service. The radioactive background was emitted by the rear of the car. We understood from the very beginning that not all the cargo was a threat, ” said Oleksandr Leshchenko, Head of the Civil Protection Department of the Kherson City Council.

According to the consignment note, which the driver had, the cargo came from Poltava. The driver did not explain anything. The police initiated a criminal case under Part 1 of Art. 256 of the Criminal Code “Illegal handling of radioactive metals”. As of July 9, specialists of the Odessa interregional branch of the State Specialized Enterprise Radon Association seized radioactive items for storage at a special plant of the enterprise.

According to Liubimy Kherson, Kherson Online.

Sergiy Kostiuk resigned from the Head of the SAUEZM 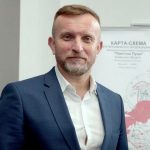 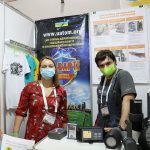