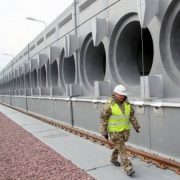 On August 11, at its meeting, the Cabinet of Ministers of Ukraine approved the State Economic Programme for the Management of Spent Nuclear Fuel. The document defines the so-called “Deferred solution”, i. e. long-term storage of spent fuel in storage facilities as the best option for Ukraine, which is used by two thirds of the states that use nuclear energy. This option is that the decision to dispose of or recycle the waste for reuse will be made after the end of the life of the relevant repository.

The programme also envisages the cessation of the practice of exporting spent fuel to the Rivne, Khmelnytsky and South Ukrainian nuclear power plants for temporary storage in Russia, which, according to the Prime Minister of Ukraine Denys Shmygal, cost the state $ 200 million annually.

“The key point of the programme is the construction and operation in the Exclusion Zone of the Centralized Spent Fuel Storage Facility from Rivne, South Ukraine and Khmelnytsky NPPs,” Shmygal said.

The saved funds, he said, can be spent on the technological development of Ukrainian nuclear power plants. “And most importantly, Ukraine will no longer depend on the aggressor country in matters of nuclear security. This is an important step in the 30th anniversary of our independence, “the Prime Minister added.

The estimated amount of funding for the program is UAH 8.903 billion, of which UAH 7.519 billion are funds of NNEGC Energoatom, and another UAH 1.384 billion are loans. It is planned that during the implementation of the program a concept of spent nuclear fuel management will be developed until 2035.

The spent nuclear fuel management program is based on the relevant directive of the European Union, and its main goal is safety in the field of nuclear energy, as well as energy independence of Ukraine. 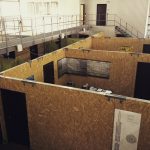 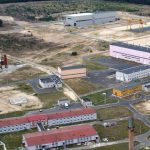 CPPRV announced a tender for the construction of a storage facility for Ukrainian...
Scroll to top