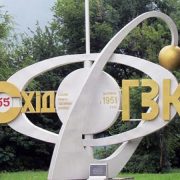 On August 13, the Eastern Mining and Processing Plant (SkhidGZK) received a license from the SNRIU for the right to conduct uranium ore mining activities. The terms of ore processing activities have also been extended.

This was reported by Anton Bendyk, Acting Director General of the SkhidGZK. The license was handed over to the head of the plant by the Chairman of the SNRIU — Chief State Inspector for Nuclear and Radiation Safety of Ukraine Grygoriy Plachkov, who noted that the permit for uranium ore mining was issued for the first time in Ukraine. The requirement to obtain a license for uranium ore mining activities arose due to changes in the current nuclear legislation of Ukraine, along with licenses for uranium ore processing, use of ionizing radiation sources and transportation of radioactive materials that the company already has.

SAUEZM and the European Commission have started to develop infrastructure for... 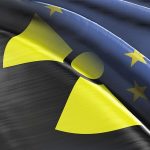 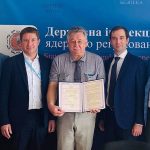 The Chornobyl NSC has received an operating license
Scroll to top