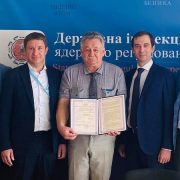 On August 20, the State Nuclear Regulating Inspectorate of Ukraine issued a license to operate the New Safe Confinement complex of the Chornobyl NPP. The license was handed over by the Chairman of the SNRIU — Chief State Inspector for Nuclear and Radiation Safety of Ukraine Grygoriy Plachkov to Valeriy Seida, Acting Director General of the Chornobyl Nuclear Power Plant.

“It’s a unique object that has no analogues in the world. Chornobyl NPP and the governing body, with the possible involvement of foreign and international organisations, should consistently and systematically take further steps to transform the Shelter into an environmentally safe system,” Plachkov said during the ceremony.

It will be recalled that the construction of the NSC was carried out within the framework of an international project and at the expense of the Chernobyl Shelter Fund, investors of which were 45 countries, including the European Commission, and with the participation of the European Bank for Reconstruction and Development. Specialists from the Safe Decommissioning Department of the State Scientific and Technical Center for Nuclear and Radiation Safety took part in all stages, from the creation of the regulatory framework to the licensing tests.

A license for the right to mine uranium ores was issued for the first time in... 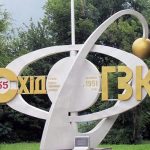 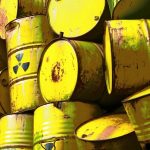 Ukraine is in second place in terms of radwaste in Europe — data from the...
Scroll to top