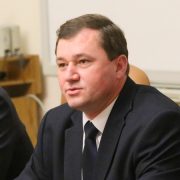 This was announced by the Interim President of Energoatom Petro Kotin during a working visit to the station.

Igor Polovych had been heading the SUNPP since June 14 this year as an acting director. Before that he was acting Director for Production and Repairs of NNEGC Energoatom. Polovych has a degree in electrical engineering of power plants in Lviv Polytechnic. Since 2000 he has worked at Khmelnytsky NPP in positions ranging from electrician for maintenance and repair of electrical equipment in the Electrical Shop to the deputy head of this shop. Since 2015, Polovych has held positions in the Executive Directorate for Production of NNEGC Energoatom.

He was awarded the “For significant contribution to the development of nuclear energy in Ukraine.” 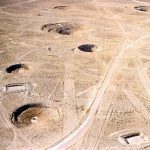 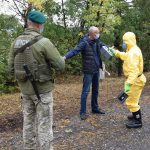 Frontier for Radiation. How Radiation Control at the State Border is Carried...
Scroll to top