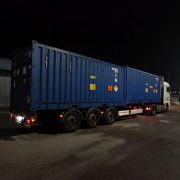 Slovakia has banned processing of radioactive waste and spent nuclear fuel from other countries in its territory. The relevant ban was introduced by the Resolution of the Parliament on 8 September on amending the Environment Act of 1992.

It “explicitly prohibits activities related to radioactive waste and spent nuclear fuel, which does not originate in Slovakia,” parliamentary documents said. Furthermore, it places any such activities “in the context of pollution and environmental damage.”

The proposal was submitted by four members of the National Council, who sought to “contribute to the reduction of the burden and endangerment of the environment and at the same time to the prevention of the emergence of health risks.”  They proposed to minimize all potential risks (although they did not identify specific risks or damage) by completely banning the import of radioactive waste into the country.

The Resolution was supported by the majority of the Parliament. It is effective retrospectively from 1 September but does not impact contracts made before that date.

Slovakian decommissioning company JAVYS (Jadrova a vyradovacia spolocnost), which undertakes radioactive waste processing for Slovakian and overseas clients, has previously warned that this resolution would threaten jobs. It currently has four contracts with Sogin state company of Italy to process a total of 865 tons of low-level radioactive materials from the shut down Caorso nuclear power plant. The work and return of the materials are scheduled to complete by 2023.

Other changes to Slovakia’s Environment Act in the same resolution have transferred competency for permitting the transport of radioactive material from the Ministry of Transport and Construction to the Public Health Office, which already has a leading role in radiation protection.

It should be recalled that according to the audit, Ukraine ranks second in Europe regarding the amount of accumulated and projected radioactive waste.

Cabinet of Ministers Established Commission for Interaction of Authorities in... 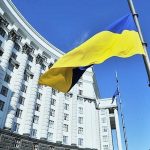 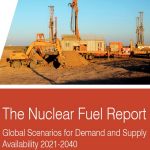 Nuclear Generation Capacities Will Grow and Supply of Uranium will Decrease....
Scroll to top