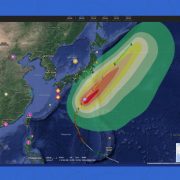 The International Atomic Energy Agency (IAEA) is developing a system that will alert of natural hazards: External Events Notification System (EENS), such as floods, earthquakes, volcanic eruptions and wildfires that could potentially affect nuclear sites.

In the first phase, EENS will be tuned to two priority hazards: earthquakes and cyclones. The system will subsequently be expanded to cover tornadoes, tsunamis, forest fires, floods and volcanic eruptions. EENS is expected to be operational next year.

The system is based on DisasterAWARE – a multifunctional platform for monitoring and early warning.

The system will consist of two main modules: alert and forecast. Alert will be received in real time. The forecast module, which will receive information from the alert system, will produce a preliminary estimate of the impact on nuclear facilities and populated areas.

A report, based on the damage forecast, will be sent to the IAEA’s Incident and Emergency Centre (IEC) within 30 minutes.  The report will include a map and data sheet, describing characteristics of the hazard. In the case of a tsunami, for example, the report will include a propagation map, source of the tsunami and estimated arrival time to nuclear installation sites.

According to the Agency, the new alerting system of external events will help countries to prevent, mitigate and manage the risks associated with natural disasters.

According to IAEA information

Monitoring of Radioactive Substances in Water Bodies and Soils 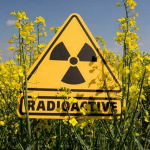