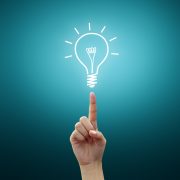 A team of engineers from the Lancaster University in the UK, jointly with scientists from the József Stefan Institute in Slovenia, has successfully transmitted information wirelessly using nuclear radiation.

Radioactive element californium-252 was chosen as a source of fast neutrons. The researchers measured the radiation level and recorded the result, after which they encoded a number of symbols in the modulation of the neutron field and transmitted the data to a computer, where the symbols were decoded into ordinary text. The information was transmitted with high accuracy. Then a random number generated using a special application was transmitted twice. In both cases, the accuracy of the message was absolute.

Scientists suggest that the technology can be useful if there is no way to use communication forms using electromagnetic radiation, such as radio or mobile communications. Professor Malcolm Joyce from the Lancaster University believes that their work demonstrates wide potential as an alternative to wireless communication, and that fast neutrons have an advantage over ordinary electromagnetic waves, which are significantly attenuated when transmitted through some materials, in particular metals.

“Sometimes in situations critical for safety, for example, when we are talking about  maintenance of the integrity for reactor containment, metal vaults, etc., it may be important to maintain structure tightness or reduce the number of holes for laying communication cables. Using neutrons for information transmission can prevent the need for holes and may be useful when there is a need for limited access to information, for example, during rescue operations,” Malcolm Joyce suggested.