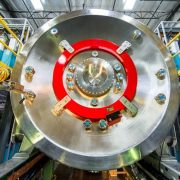 California-based company TAE Technologies, which studies the potential of thermonuclear energy, has announced that their Norman installation is capable of withstanding the high temperatures generated by nuclear fusion.

Most well-known and advanced thermonuclear reactors use a toroidal chamber: a tokamak, where the plasma is heated and contained by a magnetic field, however, TAE Technologies uses technology based on the field-reversed configuration (FRC), which creates a hydrogen plasma in the form of a rotating “smoke ring”. The FRC is currently a 30-meter-long tube surrounded by magnets, sensors and accelerator injectors. The motion of charged particles and their retention in the ionized state is ensured by the magnetic field. In the absence of external impact, the ring disintegrates very quickly, so, to stabilize the plasma and accelerate its rotation, the tangential rotating ring is bombarded with beams of particles.

According to the company, the installation can retain plasma up to 30 milliseconds and heat it up to 60 million degrees Celsius, which is 10 times exceeds the values obtained in previous experiments in the company.

TAE Technologies has ambitious plans to create a Copernicus facility by 2025 that can heat plasma up to 100 million 0C and retain it for up to a few seconds, switch to less radioactive fuel based on hydrogen and boron, and reach the temperature of billions 0C.

Radiation Can Be Used for Wireless Transmission of Digital Data 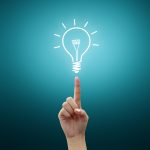