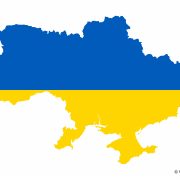 On 7 December 2021, SSTC NRS reported that the struggle for the restoration of justice lasting several months, was successfully completed and the image of the Russian Federation map bearing the annexed Ukrainian Crimea within the Russian Federation published on the official website of the European Technical Safety Organization Network (ETSON) was removed.

To resolve this issue, SSTC NRS was obliged to make a statement that if the requirements of the Ukrainian party were ignored, further participation of SSTC NRS in the ETSON network, in which the enterprise has been an associated member-organization since 2010, would have been impossible.

It is worth reminding, that on 11 October 2021, the SSTC NRS informed on violation of the UN General Assembly Resolution of 27 March 2014 for the first time. This occurred after ETSON published on its official website the cover of the 100th issue of the journal “Nuclear and Radiation Safety” of the Russian STC NRS, depicting a map of the Russian Federation along with the annexed Ukrainian peninsula of Crimea as part of the Russian Federation territory.

According to the SSTC NRS

Is the Commercialization of Nuclear Power Plants in Ukraine a near future?