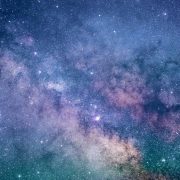 Nuclear isomers are the key components required for modelling of the r-process, and they are not yet available. The r-process in nuclear physics is understood as a series of nuclear reactions resulting in formation of almost half of atomic nuclei heavier than iron, – the so-called “heavy elements”. In addition to the r-process, there are also p-process and s-process.

Scientists at Los Alamos National Laboratory (LANL) made a respective statement, and demonstrated the importance of nuclear isomer effects in astrophysics by developing techniques to incorporate all known isomers into astrophysical simulations. They also developed a metric to isolate influential isomers and exclude irrelevant ones, facilitating detailed studies of isotopes affecting astrophysical environments.

The scientists demonstrated for the first time that nuclear isomers are dynamically populated in the rapid neutron capture process, or r-process, of nucleosynthesis, far from thermal equilibrium, which makes them astrophysical isomers, or astromers.

The study of the LANL scientists uncovered subtleties in the way isomers interact with their ground states, which may affect the r-process and its environment. This will help researchers to more carefully model certain astrophysical phenomena in future.

According to the Los Alamos National Laboratory

Image of Russian Federation Map with Ukrainian Crimea as Part of Russian Territory...

Sizewell C NPP Could Use Recycled Uranium
Scroll to top