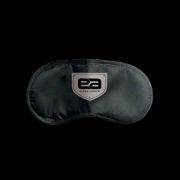 The Dutch Authority for Nuclear Safety and Radiation Protection has banned the sale of accessories that are supposed to “protect” from 5G radiation. They proved to be a source of ionizing radiation.

A study by the Dutch Ministry of Health proved that the radiation level from these items was insignificant, but exceeded the standards adopted in the Netherlands. Continued use for a long time can be harmful to health. That is why the Dutch Authority for Nuclear Safety and Radiation Protection urges not to wear these accessories, but to contact the Authority and hand them over as radioactive items.

It is important to note that mobile networks use radio waves, which are a source of non-ionizing radiation that cannot damage human DNA. The World Health Organization states that 5G technology is not health hazardous and is safe.

According to the Dutch Authority for Nuclear Safety and Radiation Protection