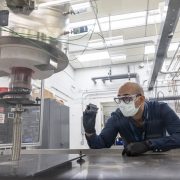 USNC will use this technique to strengthen its role among nuclear equipment developers.

UNSC’s refractory material of choice is silicon carbide, which is resistant to high temperatures and is radiation tolerant. It has to be pointed out that before this technique appeared, it was extremely time-intensive and expensive to manufacture reactor components. The new technology will allow USNC making such components more efficiently, more simple and cheaper.

“This technology is ideal for manufacturing structure and core components for USNC’s advanced reactor designs This is the holy grail of additive, that you can do things faster using geometry. Previously, it was very difficult or impossible with conventional manufacturing methods”, noted USNC Executive Vice President Kurt Terrani.