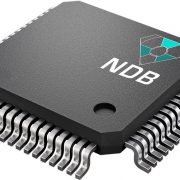 Scientists involved in the American startup for the development of nano diamond batteries (NDB) are trying to turn radioactive waste into batteries.

NDB is a perpetual “green”, self-recharging battery made from recycled nuclear waste isotopes combined with layers of nano diamonds in a battery cell. Extremely good thermal conductivity of micro diamonds causes heat removal from radioactive isotopes, so the process of generating electricity is fast.

NDB generates electricity similar to that obtained from solar panels, but uses radioactive decay energy instead of sunlight. An NDB battery usually consists of three main components: an isotope, a converter, and a storage unit. Due to the decay, isotope radiation is transformed into electrical energy in the converter. The storage unit accumulates energy for future use.

In 2020, scientists announced that E. Lawrence Livermore National Laboratory and the Cavendish Laboratory at Cambridge University completed two successful tests of the concept (Proof of Concept) of the new battery. The verifications were carried out under the supervision of Cambridge University Professor Michael Pepper. As a result of research, the battery of the nano diamond battery reached 40% of fast charging.

NDB also announced the first two beta customers, including a company to produce nuclear fuel cycle products and services and a company to create aerospace, defense and security products.

The patented NDB universal, self-charging battery provides a charge up to 28,000 years of battery life. Nano diamond batteries will be able to charge devices and machines of any size, from aircraft and rockets to electric vehicles, hearing aids, smartphones, sensors and more.

The first commercial prototype of the NDB battery is under development.

According to the NDB press-release

Lutetium-177 Radioisotope to Be Produced at Nuclear Power Reactor for the First...