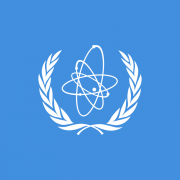 At the 1613 meeting of the IAEA Board of Governors held on 3 March 2022, a Resolution “The Safety, Security and Safeguards Implications of the Situation in Ukraine” was adopted. In the document, the Board of Governors expresses its condolences and concern over the full-scale invasion of Ukraine by the Russian Federation, and calls for an end to all actions taken at Ukraine’s nuclear facilities.

Four points of the IAEA Resolution, in which the Board of Governors:

According to the IAEA

In the focus of G7: Extraordinary Meeting on the Information Exchange on Technical...
Scroll to top