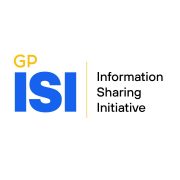 On 16 March 2022, an Extraordinary Meeting was held to exchange information on technical assistance to Ukraine in the field of radiation safety and nuclear security in the framework of the Global Partnership against the Proliferation of Weapons of Mass Destruction. The purpose of the meeting was to exchange information on the safety of nuclear facilities in Ukraine, to consider issues of physical protection and emergency response. The meeting was attended by representatives of the United States, Canada, Britain, Sweden, Germany, Norway, and Ukraine. Representatives of the State Nuclear Regulatory Inspectorate of Ukraine, the Ministry of Health, the State Agency for Exclusion Zone Management, the Ministry of Foreign Affairs of Ukraine, the National Academy of Sciences of Ukraine, the National Guard of Ukraine, NNEGC “Energoatom”, and the State Specialized Enterprise “Radon” took part in the meeting.

“Russia’s actions have opened a window of opportunity for all terrorist groups and states with totalitarian regimes and created a new chapter in nuclear energy, which violates international law and commits crimes against humanity and our planet”, said the Acting Chairman – Chief State Inspector for Nuclear and Radiation Safety of Ukraine Oleg Korikov opening the meeting.

Deputy Minister of Health – Chief State Health Doctor of Ukraine Ihor Kuzin stressed the possible consequences in case of damage to the ZNPP reactors: “First of all, there may be a threat to the NPP personnel in the form of acute radiation sickness. Such an accident will lead to long-term contamination of the territory of Ukraine with radionuclides”.

The Head of the State Agency for Exclusion Zone Management Yevhen Kramarenko shared information on the situation in the Chornobyl Exclusion Zone and the Zone of Unconditional (Compulsory) Resettlement (CEZ), where control over all facilities and the radiation monitoring system was lost: “At this time, full-scale looting of material assets continues, in particular, looting of equipment that has been operating in radiation conditions for a long time and has an increased level of radiation contamination, so there is a risk that such equipment may appear in other countries”. In addition, Yevhen Kramarenko warned that the fire-hazardous period had started and cases of fire had already been registered on the CEZ territory, but due to the occupation of the Chornobyl nuclear power plant and the theft of fire equipment, control over the spread of fires and their extinguishing cannot be carried out.

Florian Jansen, a representative of the German company GRS, a contractor for the German Ministry of the Environment, Nature Conservation, Nuclear Safety and Consumer Protection, said the company had worked in Ukraine for fifteen years in two areas: technical assistance to strengthen Rivne and South-Ukrainian NPPs physical security and support in the implementation of the program on collecting radioactive sources, the results of which were presented last year at the Rivne NPP site. Florian Jansen shared information on the continuation of cooperation with Ukraine in these areas and also informed about the supply of physical protection equipment for RNPP this year, and next year the South-Ukrainian NPP will be equipped with similar systems.

Anna Bergstrom, a representative of the Swedish Radiation Safety Authority’s policy development Unit, also stressed that Russia’s armed invasion of Ukraine not only threatens the safety and security of nuclear facilities, but also violates all areas of international cooperation. “Currently, we are considering possible ways to use the already allocated budgets to support Ukraine and neighboring countries”.

During the meeting, representatives of the United States, Canada, Britain, Sweden, Germany, and Norway condemned Russia’s aggression and supported the Ukrainian people. Ukraine has stressed the need for the “no-fly zone” once again, which is the priority issue for our state. A list of Ukraine’s needs to ensure nuclear security, as well as the need to ensure the work of law enforcement authorities was drafted at the meeting.

Resolution of the IAEA Board of Governors

ОPEN LETTER TO THE IAEA DIRECTOR GENERAL
Scroll to top