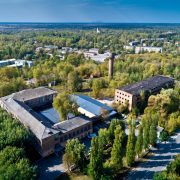 According to the Rivne NPP, NNEGC “Energoatom”, the Ukrainian Hydrometeorological Institute of the National Academy of Sciences of Ukraine, and the State Emergency Service of Ukraine, the volumetric activity of radioactive cesium-137 (Cs137) has been detected in the air in Ukraine. The increase was observed from 18 to 22 March 2022 and was caused by fires in the Chornobyl Exclusion Zone.

Thus, the indicators in Kyiv were 10.1 microBq/m3, and at the observation points around the KhNPP and RNPP – from 9.9 to 26.2 microBq/m3. The recorded levels do not pose a threat to public health, as they are lower than the permissible level of 800 milliBq/m3 established by the Radiation Safety Standards of Ukraine.

According to the Ukrainian Hydrometeorological Institute, the number of fires in the Chornobyl Exclusion Zone has decreased, respectively, it is expected that the activity concentration of combustion products in the air spreading over Ukraine will decrease as well.

Acting Minister of Environmental Protection and Natural Resources of Ukraine Ruslan Strelets also assured that the registered cesium concentration in the air is thousands times lower than the maximum allowable concentration that could threaten the human life.

According to the Ukrainian Hydrometeorological Institute

What is the technical basis behind the seven IAEA pillars for Ukrainian NPPs,...

The Central Analytical Laboratory Destroyed in Chornobyl
Scroll to top