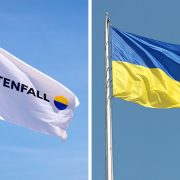 In connection with the Russia’s full-scale invasion of Ukraine, the Swedish company Vattenfall, one of Europe’s largest electricity and heat producers and sellers, has refused to continue purchasing Russian nuclear fuel for its nuclear power plants until further notice.

The company noted that their procurement strategy is based on having multiple suppliers from different countries, in order to safeguard its independence and security of supply to the nuclear power plants. Accordingly, the operation of their nuclear power plants will therefore not be affected by these decisions.

It is worth noting that the contract was signed by Vattenfall in 2016 for the supply of nuclear fuel for the Ringhals 3 and Ringhals 4 reactors in the period from 2018 to 2025.

According to the Vattenfall press service