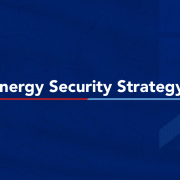 In connection with russia’s invasion of Ukraine, Great Britain has decided to revise the Energy Security Strategy to accelerate the development of domestic energy for greater energy independence.

The 2050 energy strategy calls for the construction of eight new reactors, as well as small modular reactors, to provide 24 GW of power – about 25% of predicted electricity demand in the UK.

Thus, in April, the Atomic Energy Fund in the amount of 120 million pounds will be launched. In addition, in 2022, the governmental body Great British Nuclear will be established to support new nuclear projects and support financing during the construction phase.

In 2023, the competition to select nuclear designs for further state support is expected to start. The signing of contracts and construction, respectively, will begin after reviewing the terms of implementation, conducting all cost estimates and ensuring conformity with all requirements.

The construction of the first nuclear reactor is planned for 2024, and up to 8 new reactors will be built by 2030.

According to the Department of Business, Energy and Industrial Strategy

Struggle for Safety: 36 Years after the Chornobyl Disaster
Scroll to top