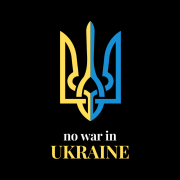 It has been third month since russia launched the large-scale military invasion of Ukraine. It has been third month since Ukraine has been fighting for its own freedom for independence. The seizure of the Chornobyl NPP, the seizure of the Zaporizhzhya NPP and the satellite city of Energodar, and the shelling of the Neutron Source nuclear facility are examples of russia’s nuclear terrorism against Ukraine and the world. After the russian troops threatened global nuclear safety and security, some organizations condemned russia’s actions, brutally violating the statutes of international nuclear communities, and supported Ukraine.

On the first day of russia’s large-scale aggression against Ukraine, russia was condemned by the Organization for Economic Cooperation and Development (OECD), and the OECD Council took a number of measures to support the Ukrainian people on the second day. In particular, the OECD Council decided to formally terminate the accession process with russia, close the OECD Moscow office, and stop russia’s participation in all OECD events. No new agreements for voluntary contributions with russia will be concluded, and any projects that were planned to be funded through voluntary contributions from russia will be stopped.

The IAEA’s Board of Governors convened on 2 March, where the IAEA Director General outlined seven indispensable pillars of nuclear safety and security to  be maintained in the russian invasion of Ukraine and the occupation of two Ukrainian NPPs (Chornobyl and Zaporizhzhya). However, these pillars cover the main safety and security provisions and cannot be ensured in wartime. In response, the Canadian Nuclear Association, FORATOM, Nuclear Energy Institute, Nuclear Industry Association, World Nuclear Association, and World Nuclear Transport Institute issued a joint statement on their readiness to support the IAEA’s efforts to ensure the safety and security of nuclear facilities and staff in Ukraine.

The Polish Nuclear Society condemned the unprovoked and absolutely unjustifiable russian aggression against independent and democratic Ukraine and issued, at the beginning of March, a declaration that it would terminate any collaboration and would not maintain any official contacts with russian organizations until the hostilities are terminated and those guilty of violating the international law are brought to justice.

At the extraordinary meeting on 6 March, the European Nuclear Safety Regulators Group (ENSREG) condemned russia’s unprovoked and unjustified military aggression against Ukraine and urged russia to immediately cease all unlawful activities in order to restore the Ukrainian nuclear regulator’s control over all nuclear facilities and materials within Ukraine’s internationally recognized borders, in line with internationally recognized safety and security standards.

On 10 March, the European Nuclear Society suspended all activities with organizations associated with the authorities of the russian federation and Belarus until the end of aggression against Ukraine. In particular, the corporate membership of rosatom and atomtex in the European Nuclear Society was suspended. The commitment also included refraining from providing expertise or disseminating information under presumptive external interest in the illicit use of this expertise or information.

The Nuclear Energy Institute (NEI) strongly condemned any military attacks and hostilities on or near nuclear power plants (NPPs) and activities that prevented plant operations. NEI supports the Ukrainian nuclear personnel who continue to safely operate the Ukrainian nuclear facilities and the idea to create safe zones surrounding all NPPs in Ukraine and urges russia to cease military attacks on nuclear facilities.

In early April, the European Technical Safety Organizations Network (ETSON) decided to suspend cooperation with the russian Scientific and Engineering Center for Nuclear and Radiation Safety at an extraordinary meeting of full ETSON members.

In April, the leadership and members of the West European Nuclear Regulators Association (WENRA) suspended the participation of the russian and Belarus nuclear regulatory bodies in plenary and other WENRA meetings and their participation in routine WENRA activities and work groups until the end of military aggression against Ukraine. In addition, the WENRA leadership continues to express their support to the Ukrainian people and continues cooperation with Ukraine in addressing the technical aspects of nuclear safety.

Thanks to efforts of the Energy Community, an Energy Support Fund was established for restoration of the Ukrainian energy infrastructure destroyed by the russian war, to be replenished with donations from EU Member States.