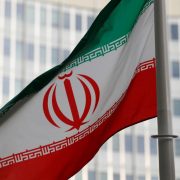 Iran dismantles 27 surveillance cameras, as well as the online monitoring system and flowmeter, at its nuclear facilities in Natanz, Isfahan, Tehran and Keredji. This was stated by Rafael Mariano Grossi, IAEA Director General, at a press conference.

The equipment installed in the framework of the Joint Comprehensive Plan of Action (JCPOA), signed in 2015 between Iran and P5 + 1 (USA, UK, France, Russia and China + Germany), in compliance with which Iran agreed to limit its developments in nuclear field for termination of sanctions, will be dismantled. However, when Donald Trump, U.S. ex-president, unilaterally abandoned the nuclear deal and imposed sanctions in 2018 and when European community did not take any measures to ease these sanctions, Iran gradually began to violate the JCPOA restrictions, including IAEA oversight.

Equipment dismantling is a response to the IAEA Board of Governors’ resolution approved on 8 June 2022 and supported by the USA, UK, Germany and France. In compliance with this resolution, Iran is blamed in insufficient cooperation with the IAEA. Rafael Grossi said that Iran did not provide technically credible clarifications on three undeclared sites, nor did it inform the IAEA on location of nuclear material and contaminated equipment removed from Turkuzabad in 2018.

According to Nuclear Engineering International