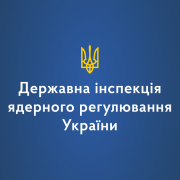 According to the information received from the operating organization (National Science Center Kharkiv Institute of Physics and Technology (NSC KIPT)) as a result of another shelling by the aggressor country of the Kharkiv city, nuclear subcritical installation «Neutron Source Based on a Subcritical Assembly Driven by a Linear Electron Accelerator» (NSI «Neutron Source») was damaged. Based on the preliminary examination results of the site, the fact of causing additional damage to the buildings and infrastructure of the industrial site was established, in particular: the northern wall of the accelerator building extension to the experimental hall of the installation; ventilation ducts of the special ventilation system; ventilation stack of the main building of the installation; cooling system of the klystron gallery of the accelerator; diesel generators of the emergency power supply system; cladding of the main building of the installation.

Personnel continues inspecting the buildings, structures, and equipment of the installation to identify any damage, but these activities are hampered by the permanent hazard of new shelling.

As of 25 June 2022, the nuclear installation has been transferred into a deep subcritical state («long-term shutdown» mode since 24 February 2022). Operational personnel monitors the state of the NSI «Neutron Source», and continues implementing measures to eliminate the consequences of hostilities and maintaining the equipment of the nuclear installation, but its activity is complicated and sometimes impossible due to the danger of new shelling of the site. External power supply to the NSI «Neutron Source» is absent.

The results of measurement with a portable dosimeter demonstrated that the radiation background in the experimental hall of the NSI «Neutron Source» building is within the standard limits.

We want to remind you that since the beginning of the open aggression of the russian federation against Ukraine, the territory of the institute where the NSI «Neutron Source» is located, is constantly subjected to shelling/ bombing by the russian troops. The institute’s infrastructure has already suffered catastrophic damage. The NSI «Neutron Source» was also shelled, and the following systems and components have suffered damage: the air conditioning system of the cooling system of the klystron gallery of the linear electron accelerator, as well as the building (nuclear installation building itself, pumping station and cooling towers, isotope laboratory).

The probability of new damage to the NSI «Neutron Source», which can directly affect the state of nuclear and radiation safety, remains high due to shelling by the russian federation troops.

Once again, we would like to draw your attention that the NSI «Neutron Source», as well as any other nuclear installation, is not designed for operation in conditions of combat operations. Continuation of the site bombing and/or shelling can lead to severe radiation consequences and contamination of the surrounding territories.

According to State Nuclear Regulatory Inspectorate of Ukraine