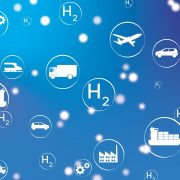 The company notes that hydrogen production will contribute the potential to balance and stabilize power grids dominated by renewable energies. Hydrogen can be used as an end product at times when energy demand is high and renewable energy production is low or as a stored energy source to be processed through a Reversible Solid Oxide Fuel Cell (RSOFC) for electricity generation.

A NuScale control room simulator will be modified to evaluate the dynamics of the IES and will include models for the Solid Oxide Electrolysis Cell (SOEC) system for hydrogen production, in addition to a RSOFC for electricity production. The research will consider the number of NuScale Power Modules needed for use in SOEC hydrogen production and the quantity of hydrogen stored for subsequent electricity production. Further, local economic factors from the UAMPS Carbon Free Power Project – a 462 MW VOYGR six-module power plant to be constructed near Idaho Falls, Idaho, will be assessed.