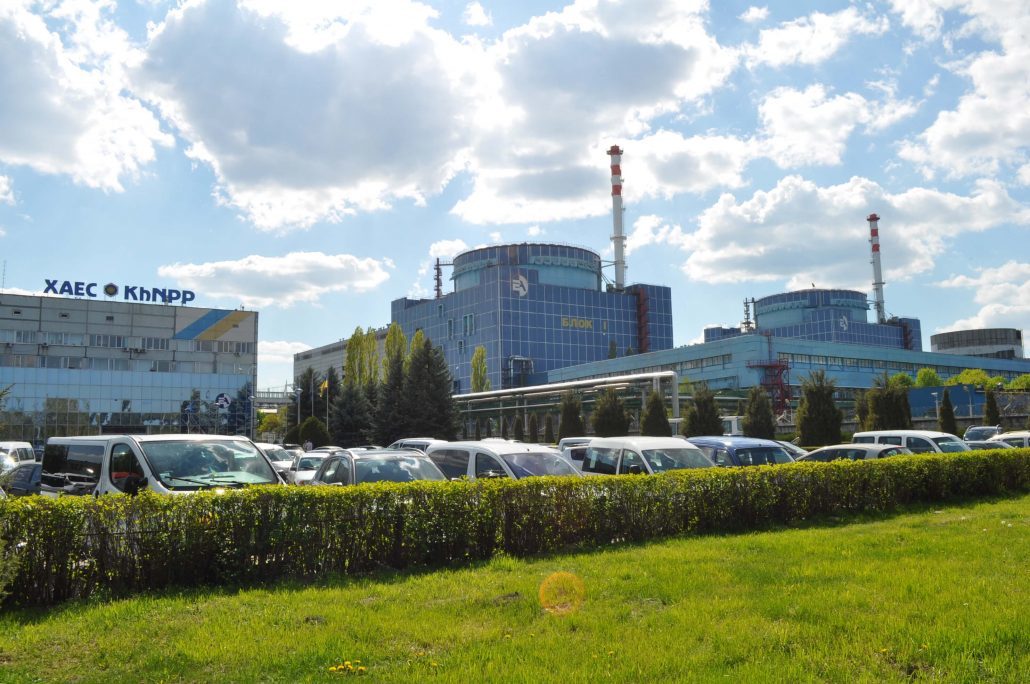 Khmelnitsky Nuclear Power Plant (KhNPP) is located in the central part of the Western Ukraine, on the border of three oblasts, namely: Khmelnitsky, Rivne and Ternopil.

Khmelnitsky NPP has been designed as the four-power unit plant. Construction started in 1981 In late 1987 Unit 1 was put into commercial operation. Construction of unit 2 started in 1983. It was expected to be connected to the grid by the end of 1991. When the moratorium on construction of new nuclear power plants was declared the major process components had been erected and personnel had been already trained.

After Unit 2 of KhNPP started up the annual electricity generation exceeds 15 billion kWh.

Today the priority activities of Khmelnitsky NPP, among others, include completion of Khmelnitsky Unit 3 and Unit 4. Their construction had started in the Soviet times but because of the Moratorium the civil works were suspended.

NNEGC “Energoatom” has developed a detailed comprehensive program of preparatory activities related to the inspection of structures and renewal-corrosion prevention works. At present, based on findings of the inspection of structures, buildings and constructions, the repair-and-renewal works are underway. Simultaneously, the feasibility study for construction is being finalized along with preliminary safety analysis and K-3/K-4 environmental impact assessment. For KhNPP staff, another significant stage will be preparation and conduct of the public hearings in which inhabitants of the KhNPP adjacent areas will participate. These public hearings will be dedicated to the issues related to the construction completion of two 1000 MW-rated power units.

On January 12, 2011 the Verkhovna Rada of Ukraine ratified the Agreement between Ukrainian and Russian Governments on cooperation in construction of Khmelnitsky power units 3 and 4, which was signed on June 9, 2010. On January 17 the Law was submitted for signature to the President of Ukraine.

On 6 September 2012, the Verkhovna Rada of Ukraine adopted the Law of Ukraine “On Location, Design and Construction of Khmelnitsky NPP Units No. 3 and 4”.

Web site of the Khmelnytska NPP