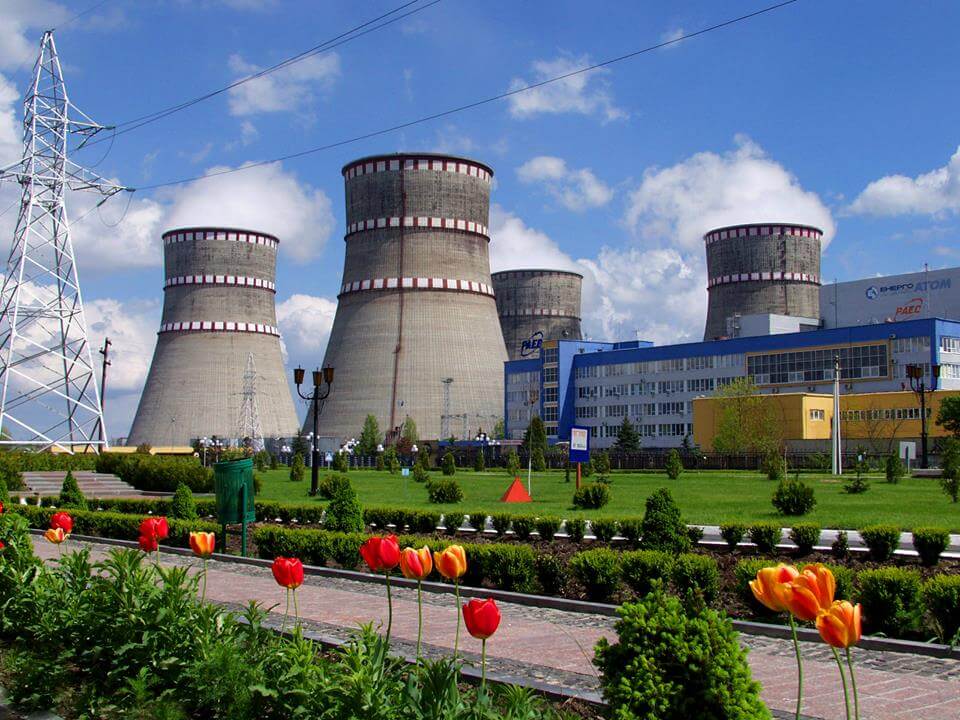 Designing of West-Ukraine NPP started in 1971. Later, the plant was given a new name — Rivne NPP.

In 1990 construction of power units on the site was stopped according to resolution of the Verkhovna Rada of Ukraine «On Moratorium for Construction of New NPPs». The construction was resumed in 1993, and Unit 4 was put into operation in October, 2004. In April, 2006 the state acceptance commission admitted Unit 4 of RNPP to commercial operation.

When unit 4 of RNPP was started up, annual electricity production exceeded 17 billion kWh.

IAEA OSART missions have reviewed the level of RNPP operation safety in 1988, 1996, 2003 and 2008. The IAEA experts highly assessed the safety level of Rivne NPP and qualification of its personnel. The European Union has selected this nuclear power plant as a lead site for implementing several international projects.

Rivne NPP employs automated radiation monitoring system ASKRO. Supervision is carried out automatically on a continuous basis that allows obtaining on-line information for systematic analysis and forecasting. ASKRO complex, in terms of quantities, frequency and accuracy of collected parameters and characteristics is unique not only for Ukraine — it is one of the best complexes of this kind in the world.

On 10 December 2010 the State Nuclear Regulatory Inspectorate of Ukraine approved the decision on lifetime extension of Rivne-1,2 for 20 years provided that safety of these power units would be reassessed every 10 years.

Web site of the Rivne NPP